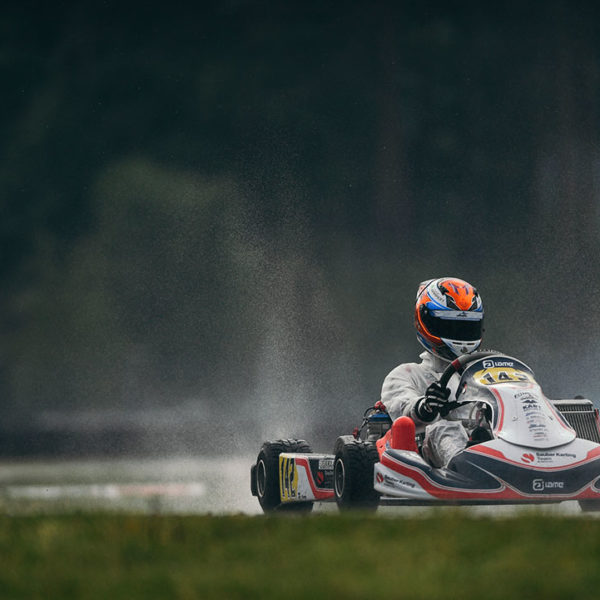 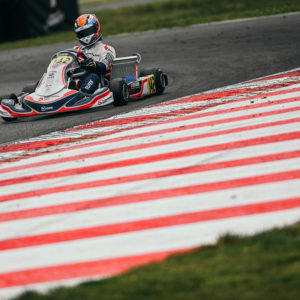 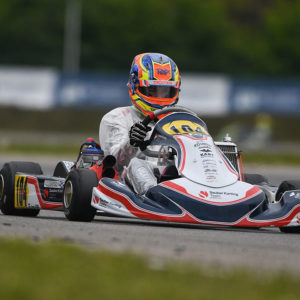 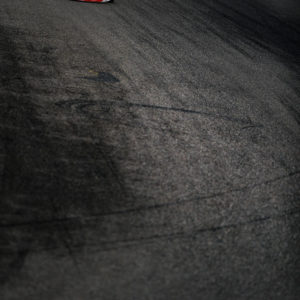 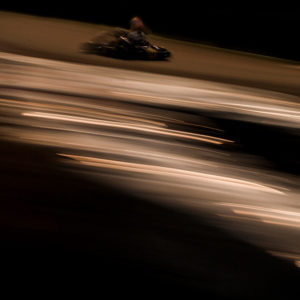 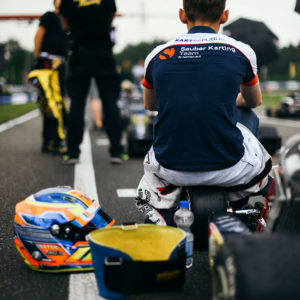 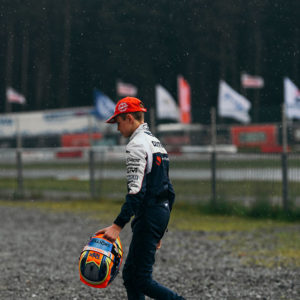 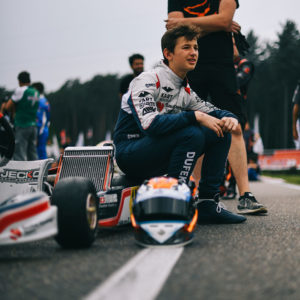 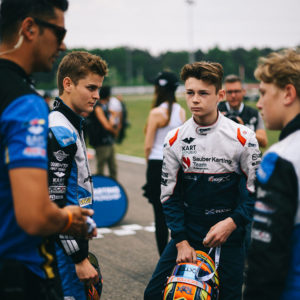 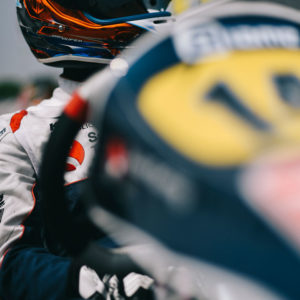 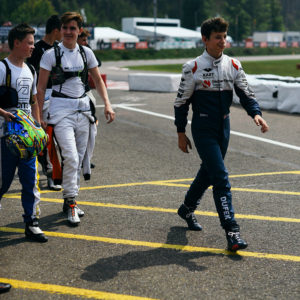 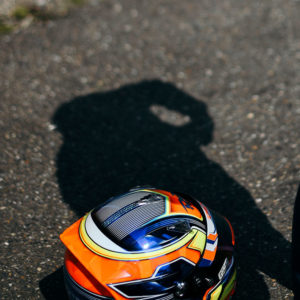 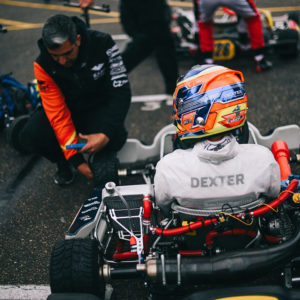 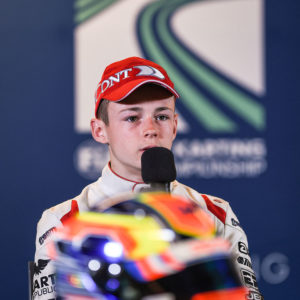 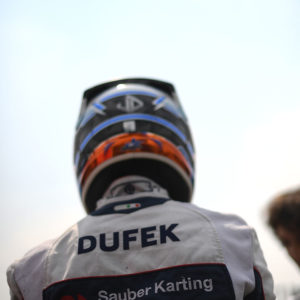 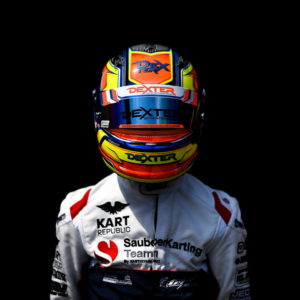 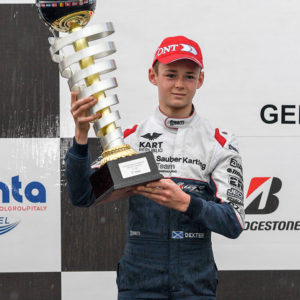 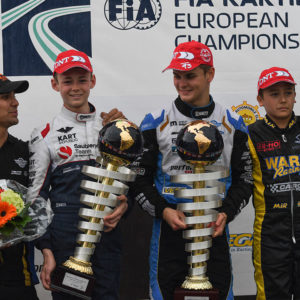 Sauber Karting Team leaves Belgium with a stronger leadership in the OK Championship!

Under very difficult and changing weather conditions, Dexter achieved his second podium in a row, finishing 2nd and recovering after an unlucky heat on Saturday.
Dufek also slipped to the back in the qualifying practice; due to the circumstances, his group had to drive slick tires on a wet track. He started a furious recovery, eventually closing 10th and showing his talent.

“My week end wasn’t easy! It all started with qualifying not being perfect, then the heats went better but I was still missing that little bit of confidence. In the end, I think we made a good job in the final; the pace was better with the new tires, so I think P2 is a good result for today!
Next round we will be racing in Kristianstad; last year I was fast there, but this time we have a different tire manufacturer, so things could be different. Hopefully the weather is going to be nice and stable, so I’m looking forward to it!”

“Patterson is one very competitive driver; he can always fight for a win!
This week end he qualified 4th and won two heats. During the last heat he had a contact with another aggressive driver who damaged his spoiler, thus costing him a penalty (even thou he wasn’t responsible for the incident). He started 8th in the final and finished 2nd, on the podium, scoring great points for the Championship and retaining his leadership!
Lots of misfortune during qualifying for Dufek, because of the unstable weather conditions! His qualifying group was on slick tires but it started raining at the very beginning of the session, so there was nothing he could do to be faster. He was staring 18th and 19th in his heats but he was fast enough to recover, also finishing 6th in one heat; he kept recovering and finished 10th in the final. We’re happy!
We’re working good together and he keeps growing; I think it’s just a matter of time for him to score a podium!”

“It’s been a strange weekend, with unusual situations happened during qualifying; many of our drivers had to go for their qualy run with slick tires but in the wet. There are moments when you have to gamble, and things can go wrong pretty easily. Both Dufek and Patterson did an amazing job during the rest of the week end, closing both in the Top 10!
Dexter is on the podium again; he’s always there when it matters, and he’s been able to score good points to consolidate his lead in this European Championship.”

The Sauber Karting Team is now looking at the next round of this CIK FIA European Championship; we’re going to Kristianstad, Sweden, next week!