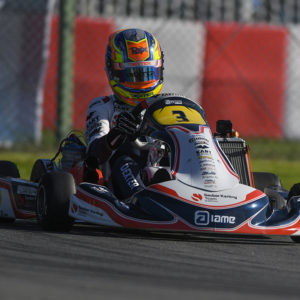 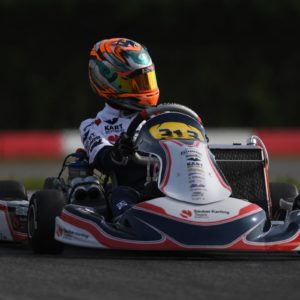 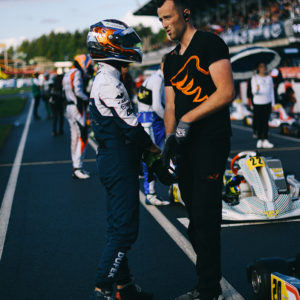 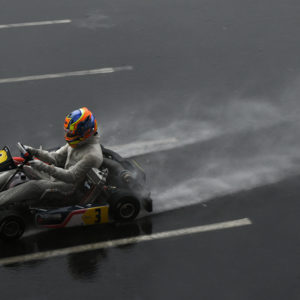 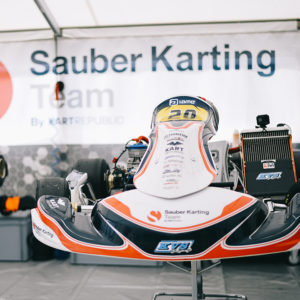 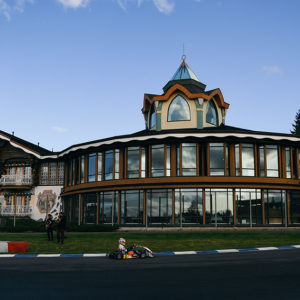 Sauber Karting Team on the Podium in Angerville

Sauber Karting Team confirms the great performance showed last week at the Euro Champ. This second round of the WSK Euro Series, sees both our drivers, Patterson and Dufek, solidly into the Top 10!
Under serious weather conditions and with different tires, our Kart Republic chassis keeps being competitive and the Team has definitely taken the most out of it.
Scotsman Dexter Patterson scored a wonderful pole position on Friday but couldn’t help slipping back during the first heat, while driving with slicks on a track that was getting wet because of the increasing rain. He set up a furious recovery, eventually rushing to P2 in the final.
The Swiss Joshua Dufek confirms his positive moment; he concluded P3 in one heat and solidly remained in the Top 10 for the whole week end, under tricky weather conditions. He closed P6 in the finals, scoring again good points for the championship.

“This week end was tough; after qualifying on pole I made a mistake in the first heat, so I had to recover some places. We knew we had the speed, so we just kept working, and finishing P2 in the final is a very good result.”

“Dexter scored a pole again, he’s very good! He’s week end has been conditioned by a mistake during the first heat: he was one of the three driver on slick tires on a slightly wet track, but as the rain reinforced, he spun and lost several positions. So he had to recover from the very back and eventually finished P2 in the final. So, I think he did a great job.
Dufek also had a good week end; he wasn’t lucky in qualy but was able to come back and finishing P3 in one heat. In the end he closed his final in P6, showing some good performance.”

Next stop for Sauber Karting Team will be the second round of the CIK FIA European Championship in Genk, Belgium.