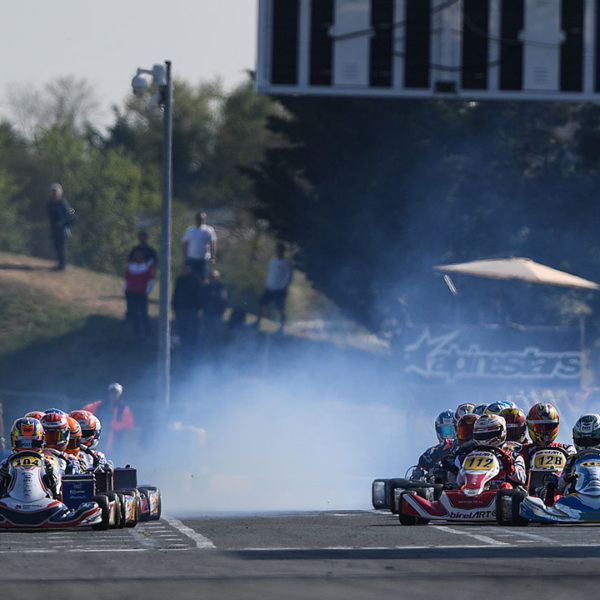 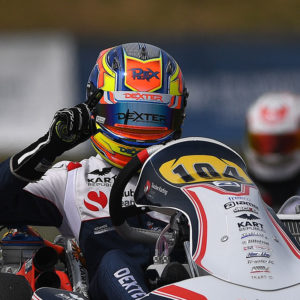 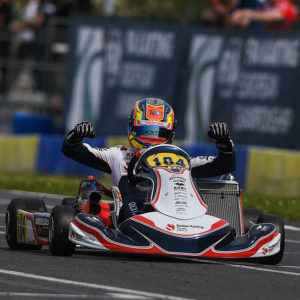 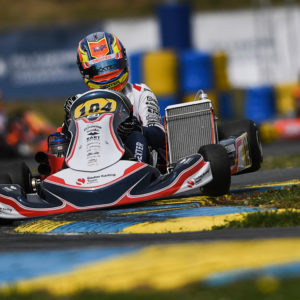 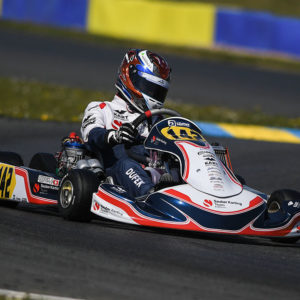 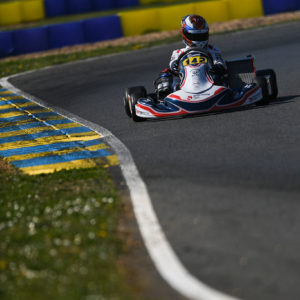 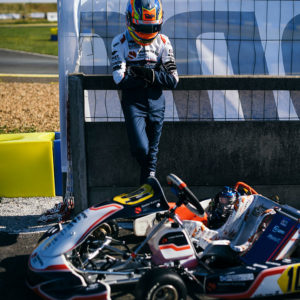 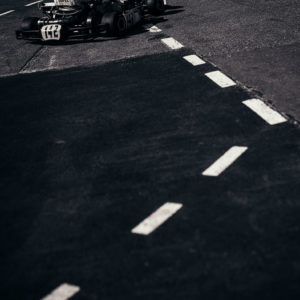 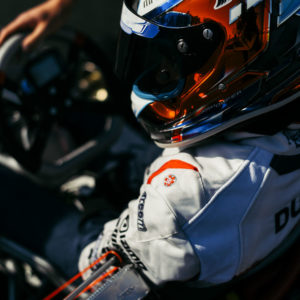 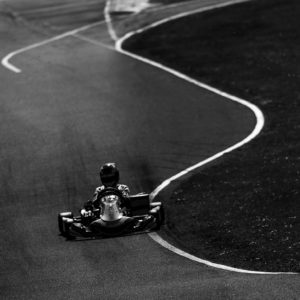 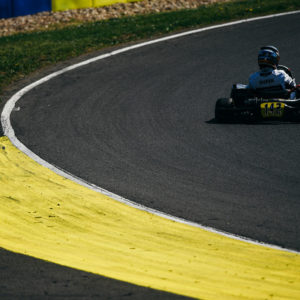 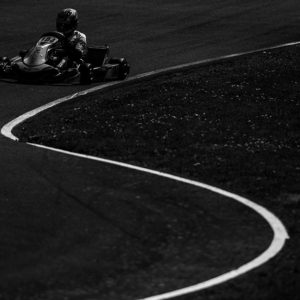 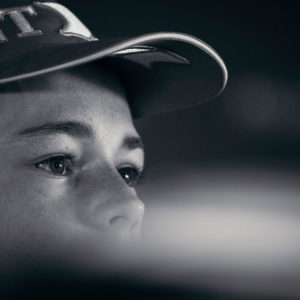 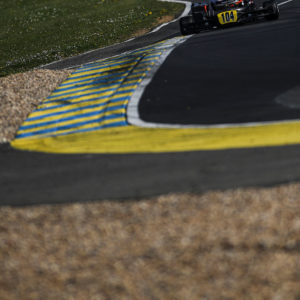 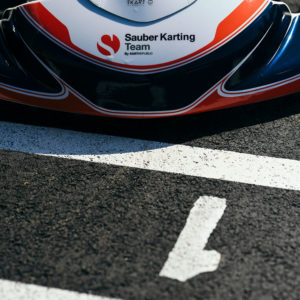 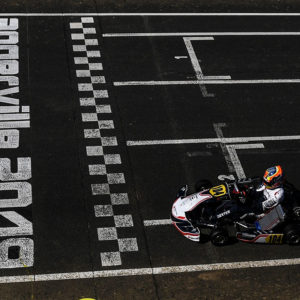 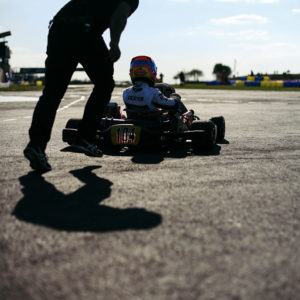 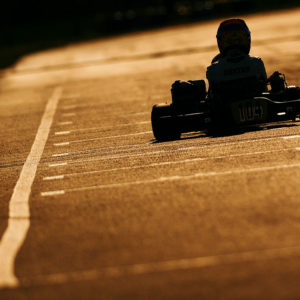 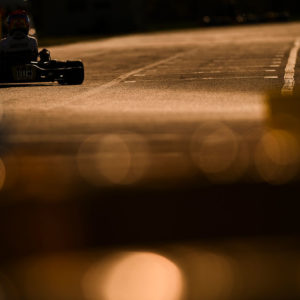 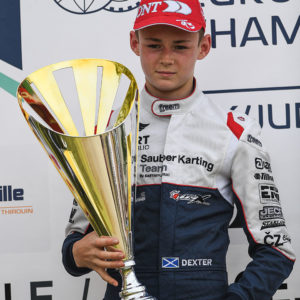 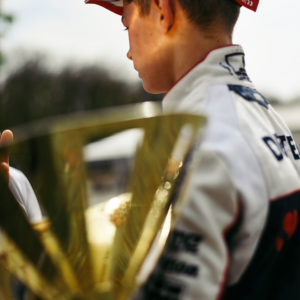 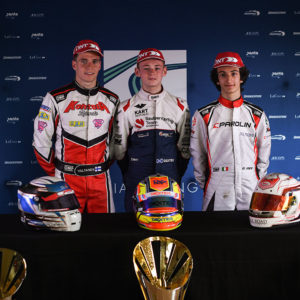 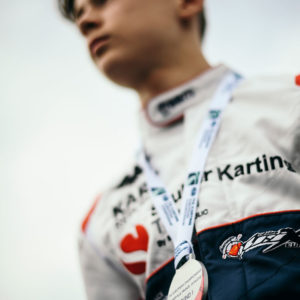 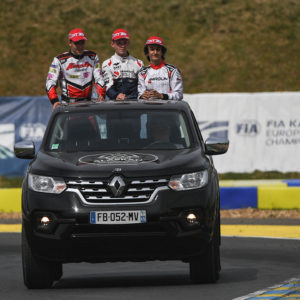 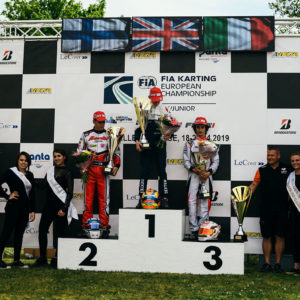 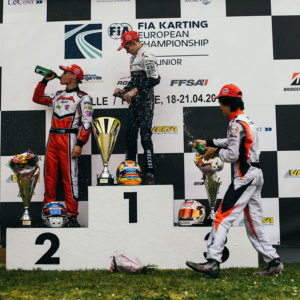 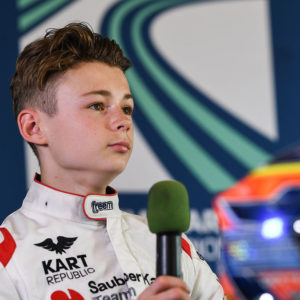 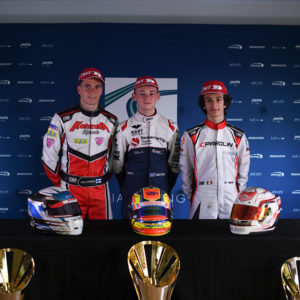 Sauber Karting Team started this 2019 edition of the CIK FIA European Championship with a fantastic win! The Scotsman Dexter Patterson showed incredible speed during the entire week end, and scored a well-deserved win on OK Class.
His team mate, the Swiss Joshua Dufek, also showed good performance despite not being so lucky. A crash occurred during the heats made things more complicated for him, but he made it to recover and finish P13 in the final, showing some very competitive lap times.

Our Team Manager Richard gives us his insights:

“It’s been a great week end for Sauber Karting Team! Since the free practice sessions we understood we were competitive and Dexter did a great job; he qualified P2 by few hundreds of second and drove perfectly during the heats, staying away from troubles and winning 4 out of 5. It was enough for him to start on pole position in the final and again he did a fantastic job there, dominating the race start to finish! Big congrats to him as it isn’t easy to keep pushing like that for 26 long laps on such a demanding circuit.

Dufek also had a good week end overall; he qualified P11 overall and finished P3 on one heat. Later on he was involved in a big crash caused by other drivers, and that made him slip to the back of the rank. The final was also very competitive, because all the top 10-15 drivers in the field have the potential to be on podium; he’s been able to recover and finish P13.

I have to say we’re really happy about the final result!”

“Almost a perfect week end! I started on pole in the final and, after passing through the tricky first corner, it really was just a matter of keeping a consistent pace and controlling the situation behind me, making sure no one was catching me.
Some tracks can be better than others for some drivers, this turned out being pretty good to me; we’ll see what happens in Genk, it could be a totally different story. Hopefully we can retain our good pace in that occasion, so I’m looking forward to it.

The team is really happy for this result! Of course it’s a brand new project, so for me being able to get them a win is all I want to do!”

“Sauber Karting Team is representing Kart Republic in OK, along to our other partners. They made a fantastic job, I’m happy about how we started this European Championship compared to last year.
Angerville is not an easy track and Dexter has been amazing here!”

The team is delighted to start its adventure in karting with such a positive result; we knew our collaboration with Kart Republic and Dino Chiesa was going to pay off. Sauber Karting Team and Kart Republic are now leading the European Championship in OK class!