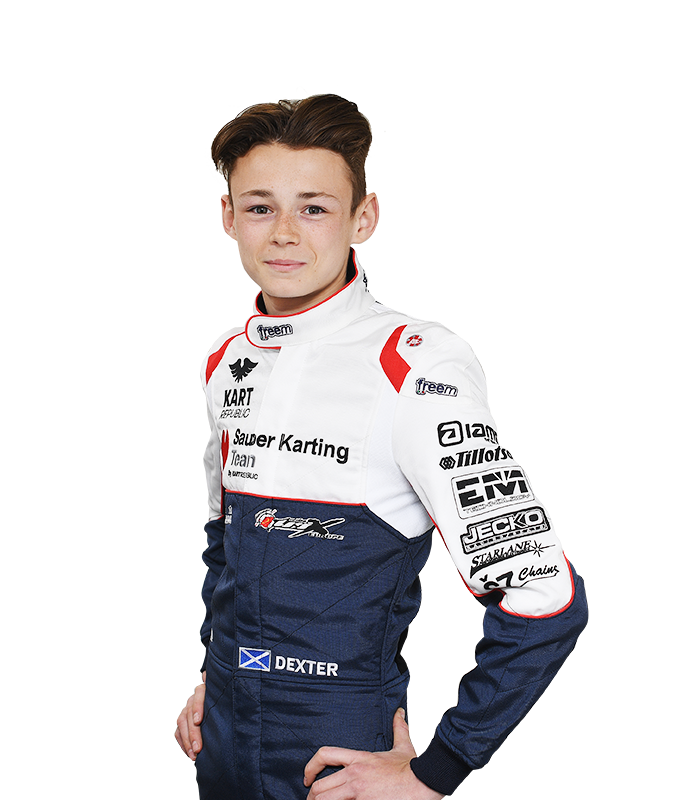 Dexter started karting at the age of 6 ½ years. He joined West of Scotland Kart Club and regularly practiced in his bambino kart. Quite quickly Dexter also started visiting tracks in England to compete in time trial “competitions” with other bambino drivers. Dexter won a number of 1st place trophies at these meetings as well as achieving 2nd and 3rd place on the other occasions.

Dexter progressed to a Comer Cadet kart a few months after he turned 7 years old. He continued to practice regularly at West of Scotland Kart Club and also visited a number of tracks in England to gain experience and prepare for racing. 3 days after Dexter turned 8 years old he raced in his first ever MSA Cadet Race at West of Scotland Kart Club. He managed to win 2 out of the 3 heats and went on to comfortably win the final. Dexter came away that day with a 1st place trophy and a 1st Novice trophy. Dexter also went on to win 1st place novice trophies at Cumbria Kart Racing Club, Three Sisters Race Circuit and PF International.